My first feature interview on Triple J’s Morning Show, 2002.
(Or, the Guru Josh appreciation society give a tape trove tour).
Also, I’ll be performing a version of I’m So Lonely at the launch of Admissions (a poetry anthology about mental illness) – October 7 at RMIT in Melbourne. Check details HERE.
MEANWHILE… 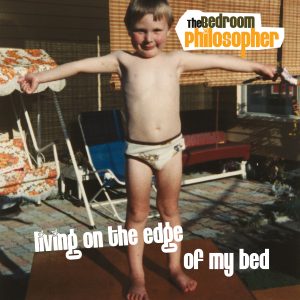 Lead single GENERATION ABC and full album are now kicking on bandcamp and streaming services.
Living On The Edge…Of My Bed is the sound of 2002 – back when I was just a nice young boy. Feat. Generation ABC, Kelly The Deli Girl and Golden Gaytime 1.0. 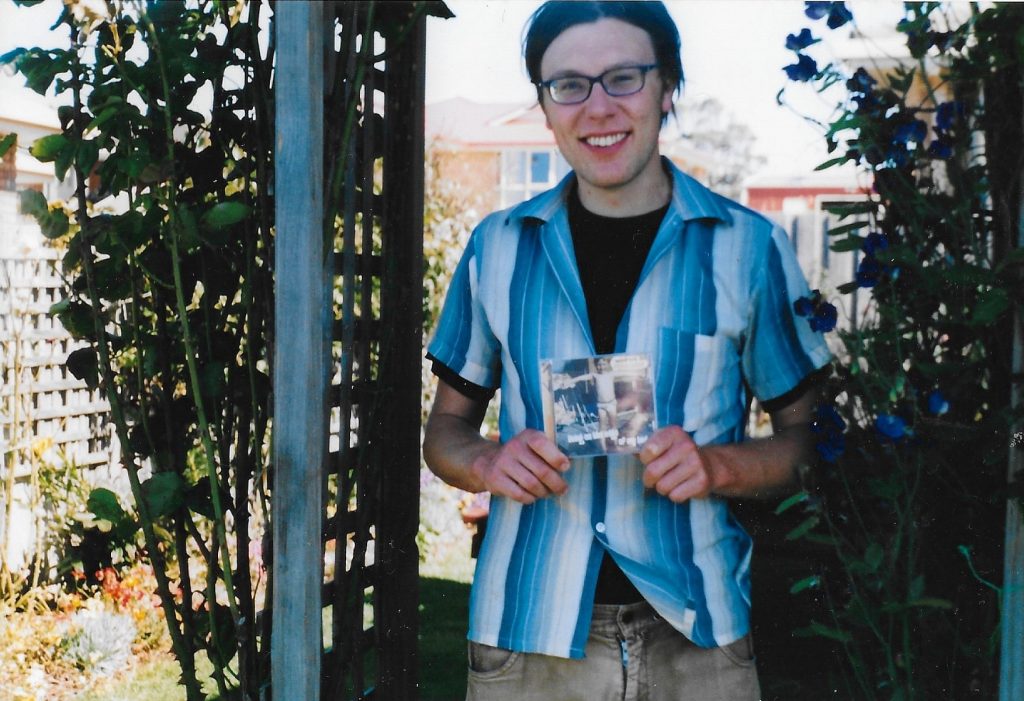 At the manufacturing plant my girlfriend at the time convinced me it would be funny to change the track listing last minute. So, I let her pick the order. (The running list I considered was on the back.)

This meant radio DJs (and, God forbid, fans who paid $20 cash money) couldn’t ever find the song they wanted, and a career was born.

Incidentally, I stayed ‘on brand’ with the next album. On the spine to ‘In Bed With my Doona’ I had “PLAY ME! PLAY ME! PLAY ME!” – as a joke, so the CD would stand out on shelves and speak to people in the room al la Grover in ‘The Monster At The End Of This Book.’ At one stage Richard Kingsmill gave the album a plug but called it, you guessed it, ‘play me play me play me.’

(Oh, also I’m so Post Modern was written entirely in wingdings in the first run of CDs and so again, DJs couldn’t find the song to play it. If I had a movie biopic it would be older me as a ghost travelling back in time to key events al la ‘Sliding Doors’ and yelling at my naive self to not be so silly, but no-one would hear me and then it would be a cross of Never Ending Story / Groundhog Day except with Margaret Qualley as my love interest even though she announced her engagement this week so I will be depressed for the rest of the year.) 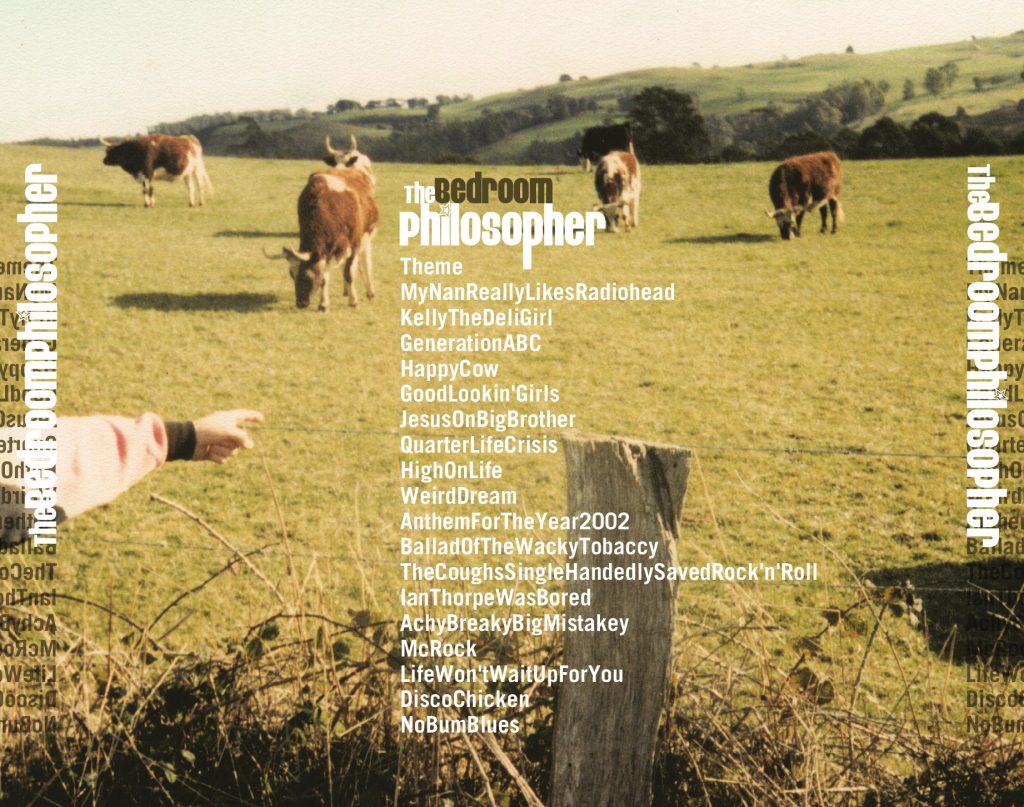 Please find a recap of all the nostalgia laden posts I’ve been making in the leadup to the rerelease. For starters, I’ve written a new column about my love of 80s kids shows on the ABC! 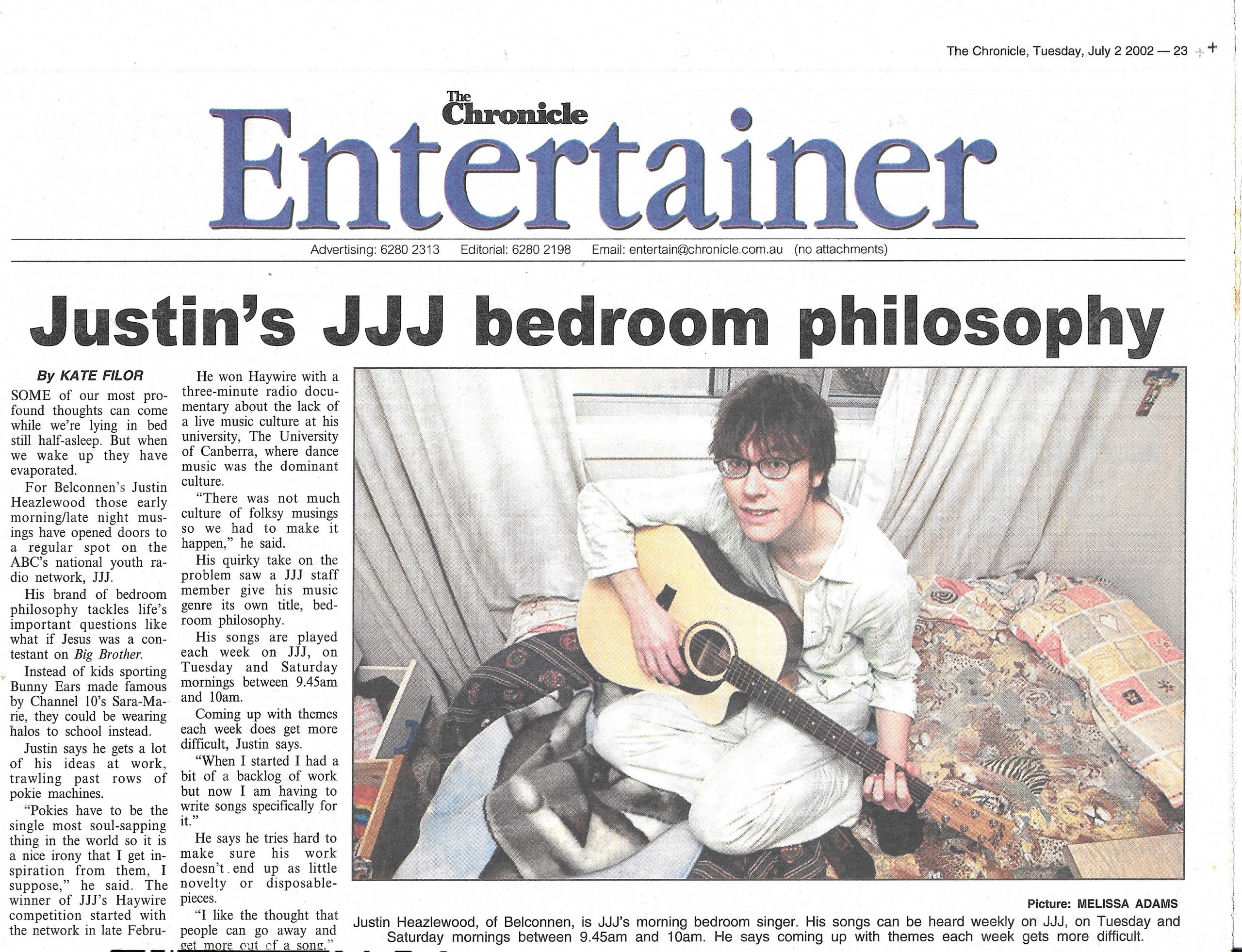 MEANWHILE…(PREVIOUSLY…)
When I hit the air there was no social media or even a website. Listeners had to ring up the station or take to ‘Reddit 1.0’ in the form of the Triple J message boards. The real question was ‘Who is Justine Hazelwood?’ 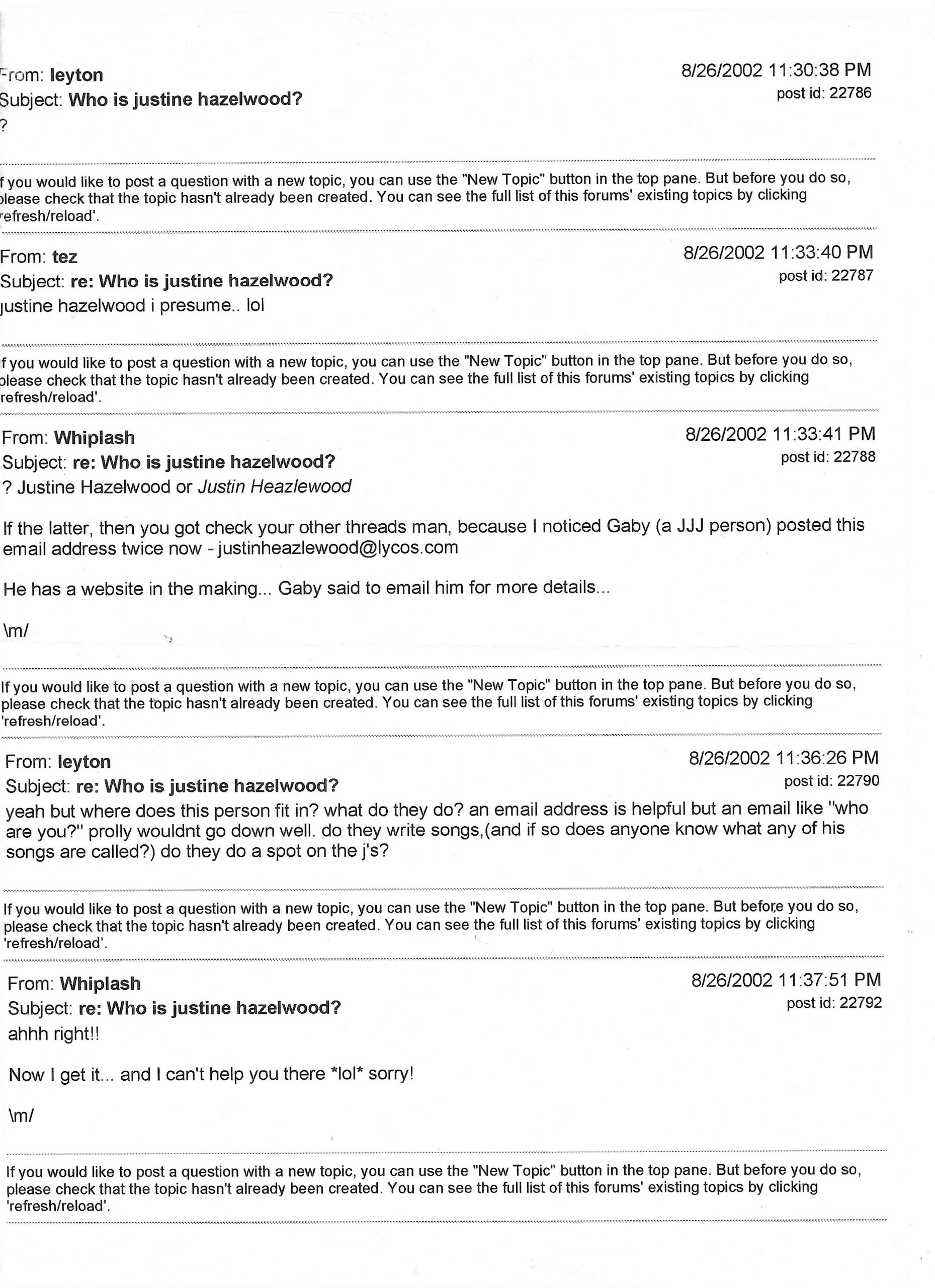 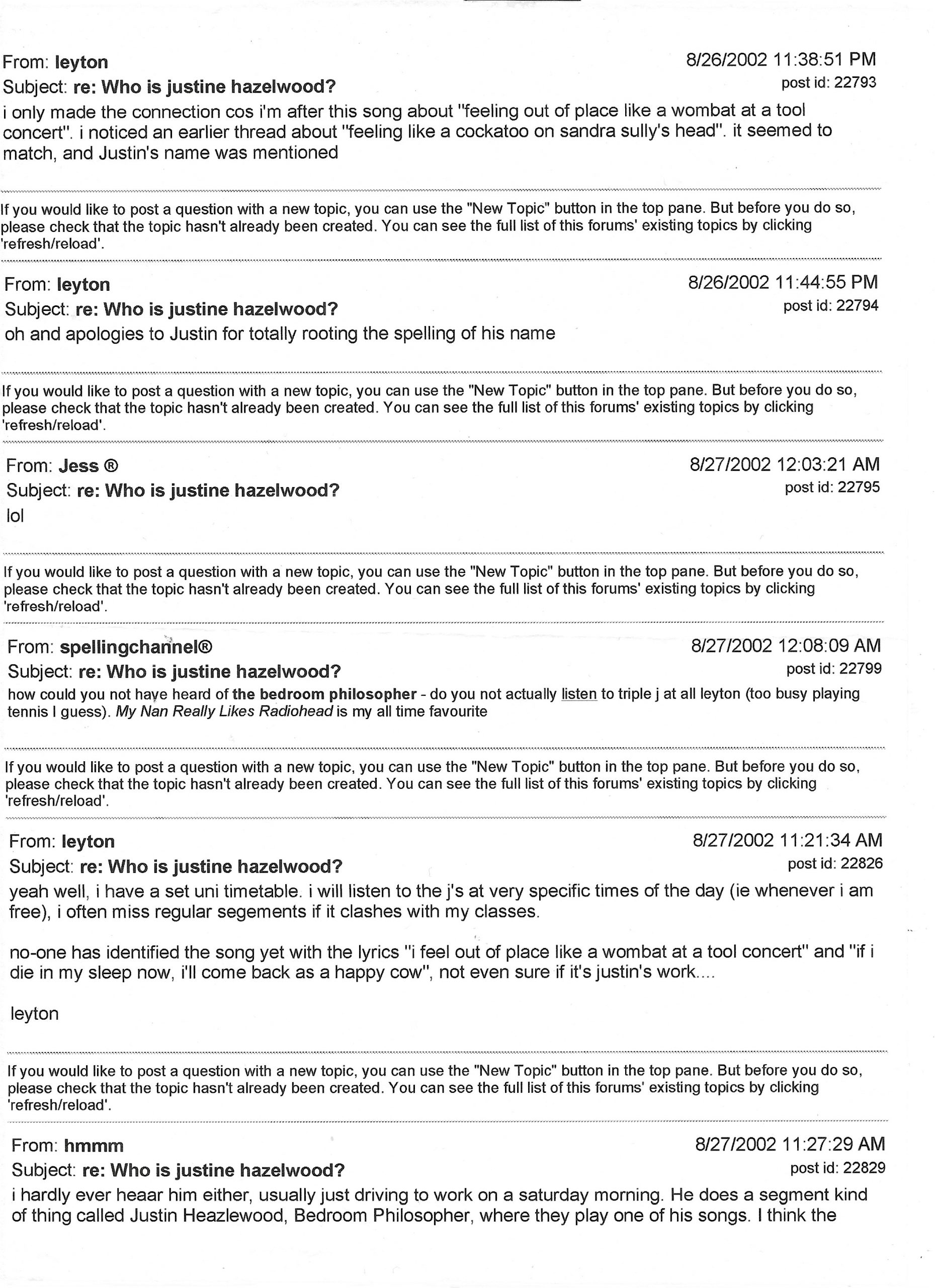 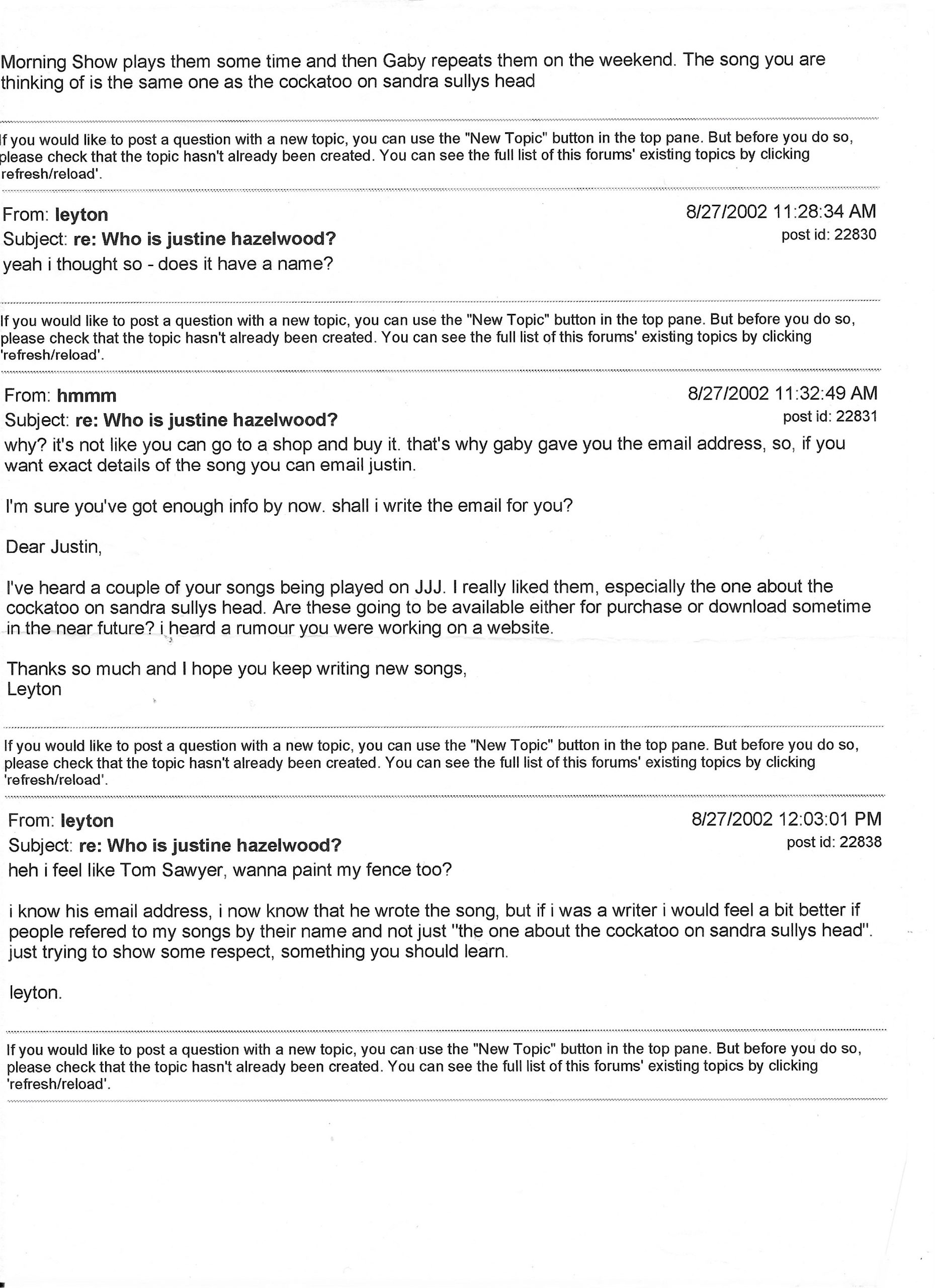 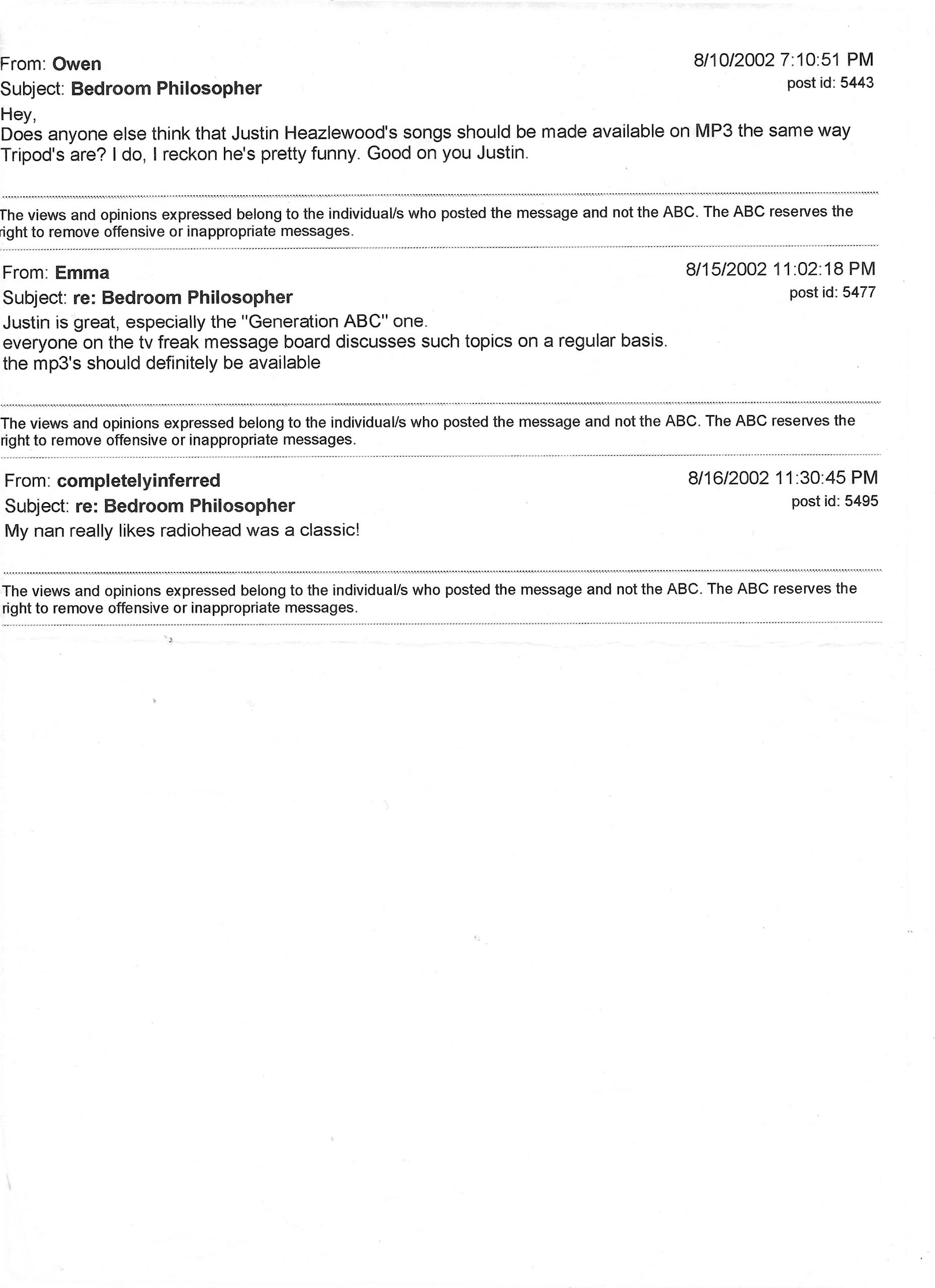 One of my first songwriting efforts for the ABC was to collaborate with Aqua and sing about Dr Karl. It was presented to him by Vicki Kerrigan on 12th April 2002. Gee it was deep. Boy was he surprised. It inspired a radio segue the equivalent of jumping twenty buses on a motorbike. 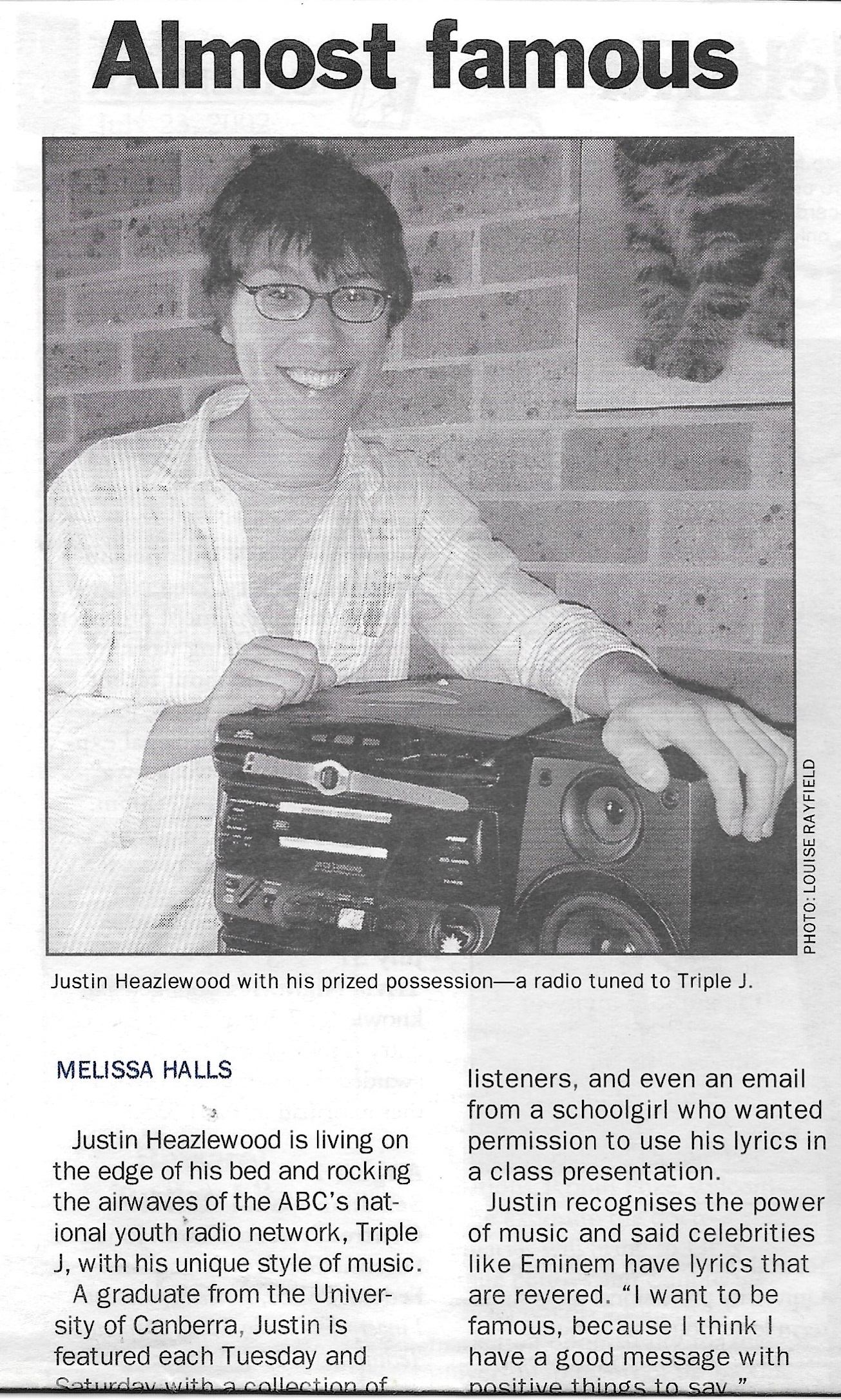 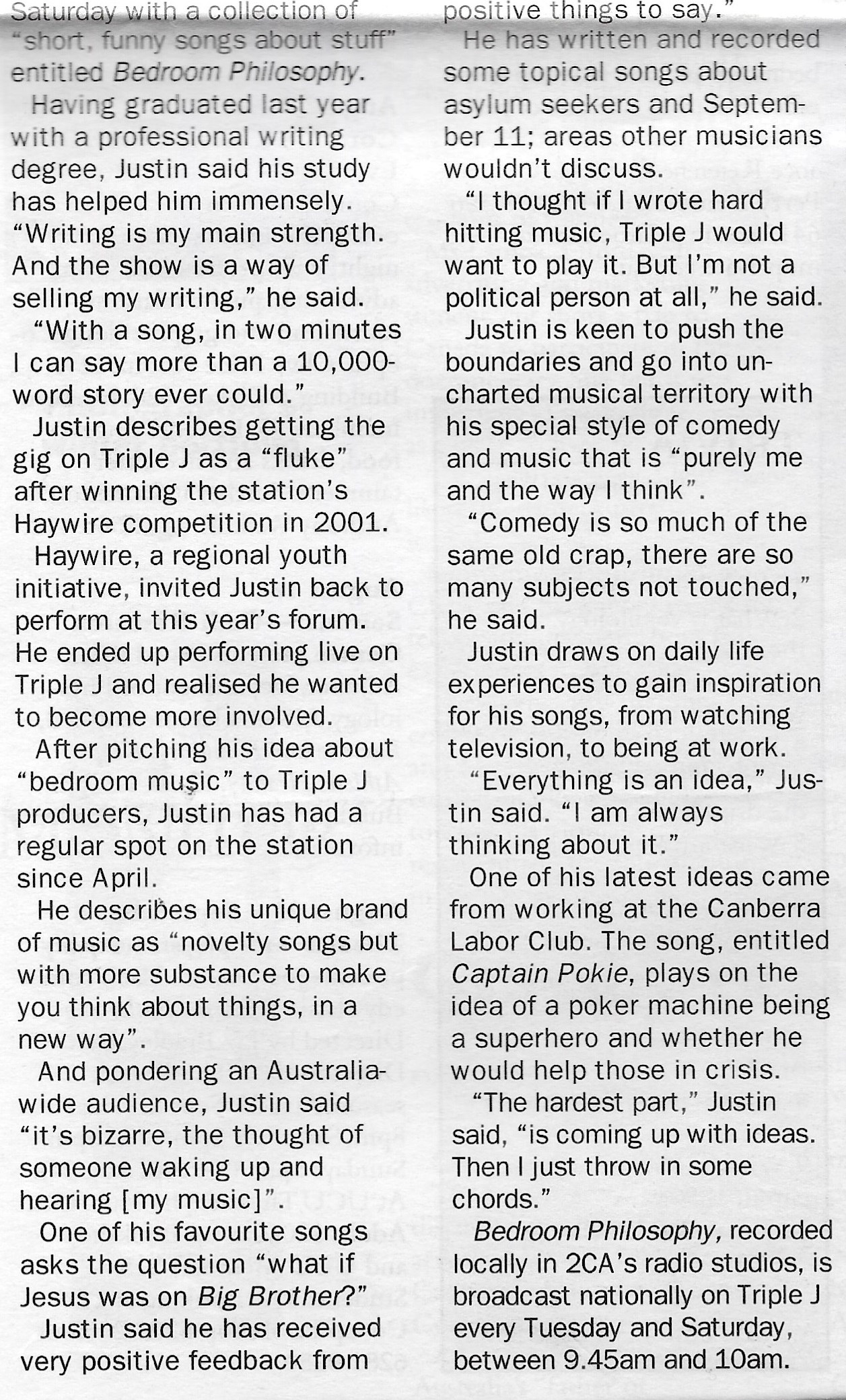 Big Brother has started up again. How exciting for everyone. 20 years ago I was Christian and contemplating my place in youth culture. I’d just started my segment on Triple J’s Morning Show and it was my way of making sense of things.

via Heywire I landed ONE SHOT of air-time on a station I’d worshipped since I was fifteen. Here is me cutting sick. It’s Subterranean Homesick Blues meets Don’t Worry Be Happy c/o Bert Newton.
I’m rereleasing it under my name and have made a mini EP on Bandcamp.

I came out of the gates with my own national radio segment when I was twenny one. It was the back to front trajectory of a reality show winner – my equivalent was winning ABC radio doco comp. Heywire in 2001. This led to some accidentally-on-purpose hustle that got my bum in the door at Triple J. 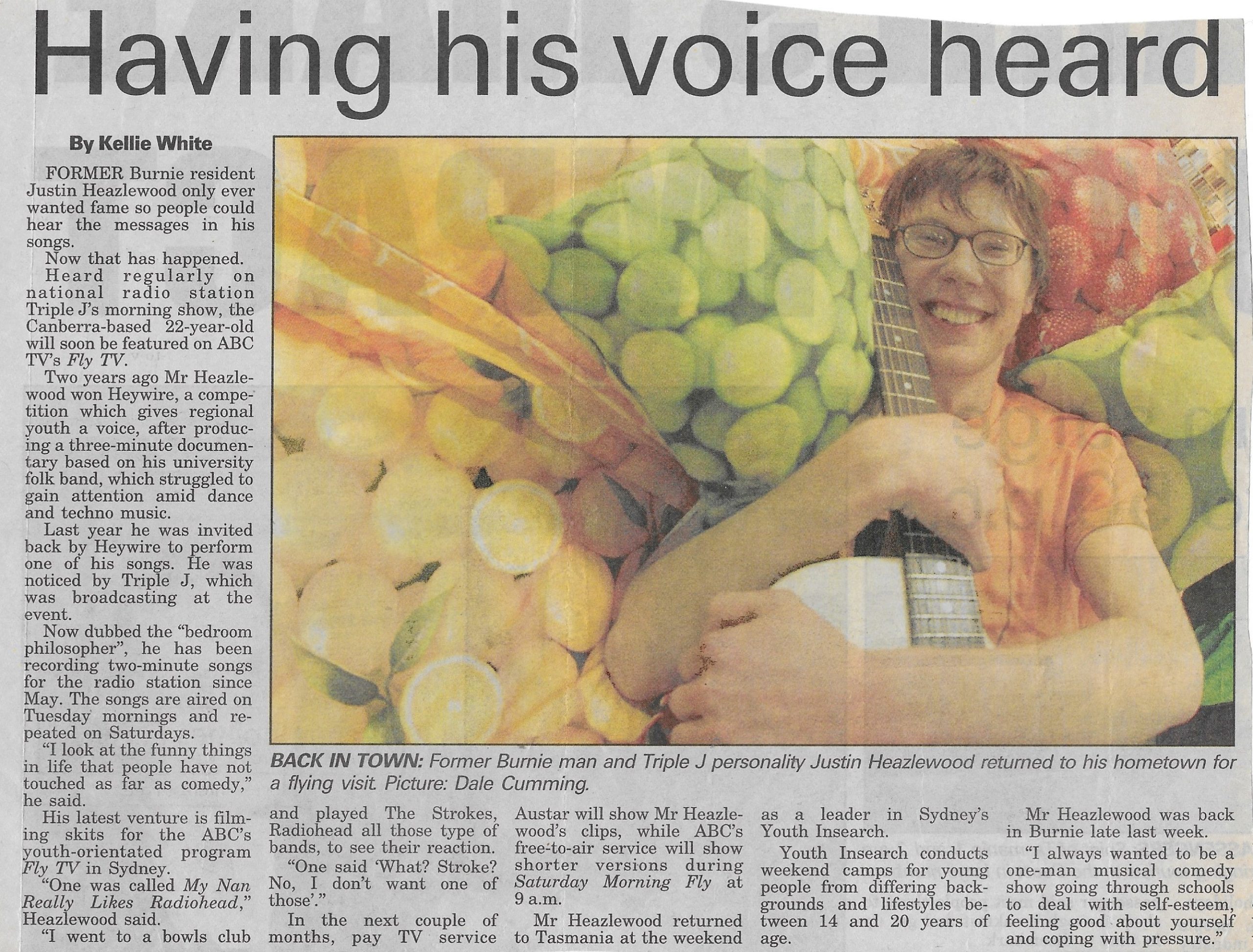 The rest is internet history. Please enjoy an off-license j-file of how it went down. Featuring interviews by Jenny at Joy FM, Richard Fidler, Lee-Anne Scott, David Kilby & Chris Uhlmann (!)

LIVING ON THE EDGE…OF MY BED is available from streaming services and Bandcamp from June 3. 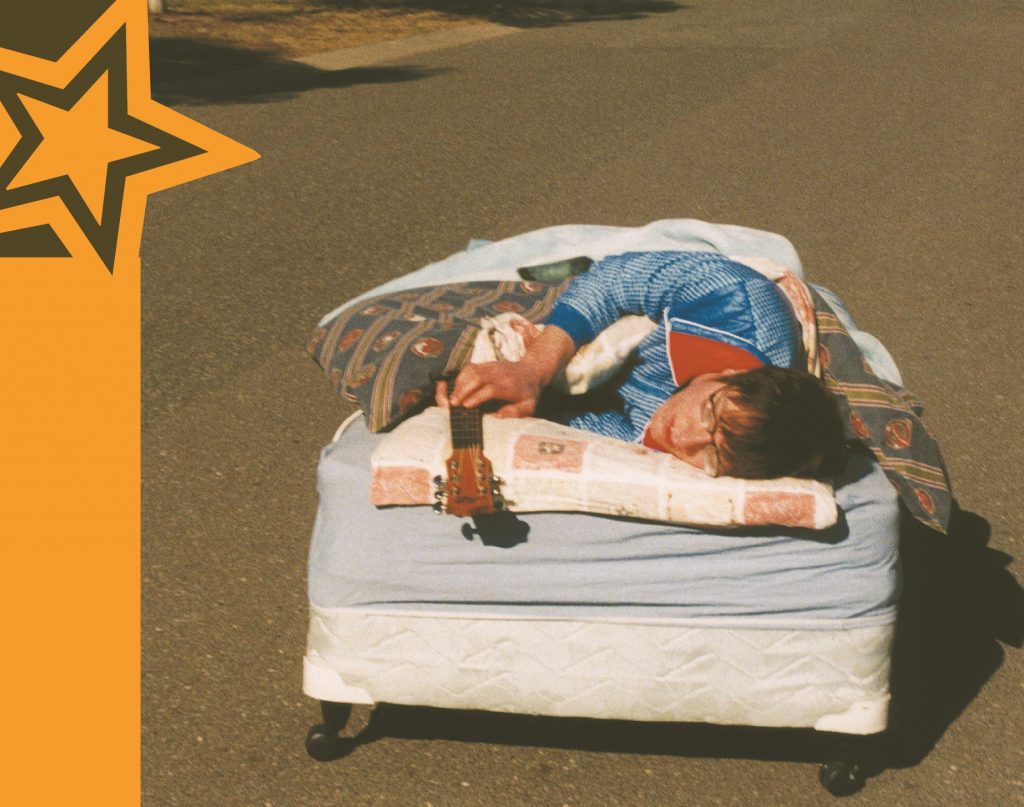